SUFI UNDERSTANDING OF THREE EVENTS OF THE LIFE OF MUHAMMAD 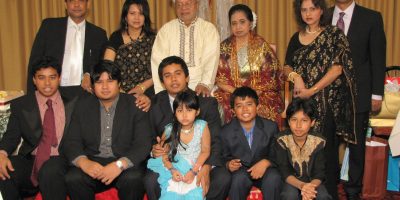 In this article I would like to discuss Sufi understanding of three important events in Muhammad’s life: “expansion” of his chest at a young age, reception of wahi (revelation) starting at the age of forty, and his Night Journey in later life. This article may not be useful to older Muslims born and brought up in Bangladesh because they already know these events. However, I think that the discussion of these events will be of interest to the young Muslims growing up in North America. I shall also try to determine the lessons that Sufis draw from these events.

Muhammad was born in Makkah, Saudi Arabia in 570 AD. At that period of history there was a custom in Makkah to have children raised in the desert. There may have been three reasons for this practice. First, Makkah used to be affected by epidemic diseases from time to time. As we know, children usually fall victim to these diseases easily because their bodies lack necessary resistance. It is therefore reasonable that Makkans preferred to have their children grow up in the open and fresh air of the desert. Second, it is also possible that the Arabs wanted their children to speak pure Arabic. Makkah was a cosmopolitan city. As a center for international trade and commerce, people speaking various languages came to Makkah. Hence Makkan Arabic was influenced by languages spoken by the visitors. Arabs were very proud of their mother tongue Arabic. Accordingly, they sent their children to the desert to learn pure Arabic from Bedouin women unaffected by foreign languages. Third, life in the desert was very tough. People had to work very hard to keep themselves alive. The Makkans wanted their children to be trained in facing all kinds of hardship of desert life so that they would be able to handle difficult situations in later life.

Muhammad was raised by a woman named Halimah radiallahu ‘anha (May Allah be pleased with her) in the desert. Once, when the young Muhammad was tending animals in the desert, something extraordinary happened. The Qur’an refers to this event in Surah Al-Ishirah: “Alam nashrah laka sadraka” 94:1 (Have We not expanded your chest!). Muslim literature is full of discussion of this verse. I am now going to describe how Sufis interpret the meaning of this verse.

For all important jobs we need training. Muhammad also needed training for fulfilling the functions of Allah’s Messenger to mankind. There is a difference between ordinary mortals like us getting trained for a particular job and a Messenger’s training for his job. We have to work hard to get training ourselves, and with Allah’s help we may achieve our goal.  A Messenger, on the other hand, is trained by Allah Himself. Allah had Musa alaihis salam (Peace be with him) thrown into the waters of the Nile, picked up from the Nile and raised by Pharaoh’s family, and so on–all as part of the training for his function as a Messenger in his later life. In a similar manner Muhammad was trained by Allah Himself since his childhood. The Quranic verse cited above refers to an important part of that training of Muhammad.

Allah selected Muhammad to be His last Messenger to mankind (The name Mustafa means the ‘chosen one’).  Allah is absolutely pure, and His wahi is pure as well. It is only the pure that can meet the pure. Hence Muhammad had to be purified to receive wahi and come close to Allah in his later life.

The Arabic word sharaha means to open up or expand. The word sadr means chest, breast or heart.  The chest is also considered the seat of knowledge and wisdom. One meaning of the verse, therefore, is that Allah expanded Muhammad’s horizon of knowledge about life and the universe. Muhammad was going to be appointed the guide for entire mankind. To fulfil his responsibilities as a guide he needed to have clear knowledge of worldly and spiritual matters. Allah gave him that knowledge in a miraculous way when he was tending animals in the desert.

The verse can also be interpreted in another way. Expansion or opening up of the chest may also mean purification of the heart. We human beings are born with some low desires and passions such as greed, boastfulness, anger, wrong desire for sex, etc. The source of these lower elements in us is what we call nafs or self. The heart, when associated with nafs, is like a rusty mirror which cannot reflect Allah’s face. Hence we need to polish the mirror so that it can reflect the face of our Lord.. To put this matter in another way, the Ka’bah is the external House of Allah, while our heart is His inner home.

The lower or baser elements of our nature constitute dirt and filth in our heart. Allah the Holy cannot enter a dirty home. Hence we need to cleanse our heart so that Allah can enter it. The process with which the mirror of the heart is polished or cleansed is called mujahadah or self-mortification. As part of the process of self-mortification Sufis do a great deal of additional prayers, fasting, dhikr or remembrance of Allah, etc. What is important to note here is that we have to practice self-mortification on our own, and one day we may reach our goal with Allah’s help. In the case of the Chosen one, Allah cleansed Muhammad’s heart Himself in a special way. Allah did this in order that Muhammad could receive the Holy Qur’an and meet Allah, the Holy in the Heavens.

Around the age of forty we see Muhammad spending a great deal of time in the quiet mountains alone loitering and meditating. One night in the year 610 AD when he was deeply wrapped in meditation in a cave of Mount Hira, a few miles from his house in Makkah, Allah started giving him the light or guidance for mankind saying, “iqra bi-ismi rabbika-llazi khalaka” (Recite in the name of your Lord Who created you) (96:1). Until that night which the Qur’an calls Lailatul Qadr (the Night of Power) Muhammad was without Allah’s guidance about what is right and what is wrong, what should be done and what should not be done in life. It was on that night that Allah started sending wahi (revelations) to him. The Messenger continued to receive revelations for the next 22 years until his death in 632 AD. These revelations which constitute the Qur’an contain guidance about the right path for Muhammad and the rest of mankind. Wahi is pure; the Qur’an is Holy. As we mentioned above, Allah prepared Muhammad for this event by purifying his heart at a young age. Now the pure heart of Muhammad could receive the holy.

At the end of the journey Muhammad came close to Allah—very close. He came to Allah at a distance of two bow lengths or nearer still. Once he came near Allah, he had a dialogue or communion with Him.

Again Muhammad’s nearness to Allah and his dialogue with Him was possible because Allah had already purified Him in the desert.

There is a controversy as to whether Muhammad’s Night Journey was physical or spiritual. So far as the Sufis are concerned, they belong to the group of Muslims who think that the journey was spiritual.

Let us see what lessons Sufis derive from the three events of Muhammad’s life. First, even Muhammad the Chosen of Allah needed to be purified. Allah purified him in a special way, but the ordinary Muslims have to work hard to purify themselves with Allah’s help. Second, wahi is reserved for Messengers, but it is possible for ordinary Muslims to receive a kind of inspiration called ilham, a minor inspiration given to the friends of Allah. Third, Muhammad was a human being; yet he came very close to Allah. This fact exemplifies the possibility of human beings coming close to Him. Actually the ultimate goal of Sufi life is to achieve nearness to Allah. Sufis believe that they experience nearness to Allah in a state of tawhid, unification. The very word awliya’, the plural of wali, means those who are close to Allah. One should understand clearly that Sufis are talking about COMING CLOSE to Allah, NOT becoming one with Him. Muhammad stayed two bow lengths from Allah. Similarly, Sufis experience unification in which Allah is always the ‘other’; they do NOT experience being united with Him.